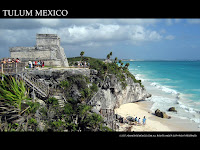 The comment section of YFP has received a statement signed by Flor Pastrana who is a friend of Mathew Walshin, suspect in the disappearance of Dana Rishpy. YFP has subsequently been accused of unfairly targeting Ms. Pastrana. YFP would like to respond to the allegation.
In regards to Ms. Pastrana's allegation that she was accused of lying by YFP, this is a distortion of the facts. It is the Mexican investigators who accused her of such as well as a Ms. Mayela who allegedly works in the SUWUS boutique in Tulum. The statement of Ms. Pastrana explains that.
As far as YFP falsely accusing persons and defaming them, it is the FBI that first named Walshin as a suspect, not YFP. Flor was questioned by the police not because her name appeared here but because of her association with Mathew. Her efforts would be better served by persuading Mathew to give his version of the story instead of protesting her innocence here.
As to the innocence of persons named, it is yet to be proven. The facts of the case speak for themselves. Dana Rishpy disappeared after attending a party. There were several people there. Many are yet to come forward. Comments to this blog state that she was last seen leaving with two men from Quebec. However, despite the fact that one was able to observe that they were from Quebec, details of their age, and physical description are lacking.
El Hungaro stated that on the night Dana disappeared, Mathew borrowed a blanket. When police asked to review the blanket for forensic purposes, the blanket could not be located.
It is easy to blame the "corrupt police" as has been stated in several comments. If the cloud of suspicion is to be lifted from the individuals involved, it will only be lifted with solid facts and specific information involving Dana's disappearance. There were many people there that night who saw but did not speak. And while Flor laments being falsely accused, consider Dana's mother who may never see her daughter again.
Posted by Unknown at 12:30 PM

to imply that someone could go to jail over a crime that their friend is a suspect for;that the police are "putting the heat on " her is false and misleading....this was written by yfp.WHAT PURPOSE DOES THIS SERVE? This case has had an effect on many people,but your article has an effect on a totaly innocent person...that you sir have never met. I totaly support the hunt for the peson(s) who is truly guilty in this case. My deepest regards and total respect to the family of dana and everyone involved.