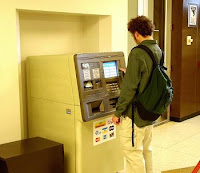 A community activist in the South Bronx is trying to block the acquisition of Commerce Bancorp by Canada's TD Bank Financial Group because of disparities between the bank's loan approval rates for blacks and whites.
Matthew Lee, who heads Inner City Press and Fair Financing Watch, has asked the Federal Reserve to take the unusual step of holding public hearings on the deal. "TD is clearly committed to growing in the U.S., but it has yet to take [the Community Reinvestment Act] seriously," Lee said Monday.

TD Banknorth, the bank's U.S. subsidiary, denied mortgage refinance applications from blacks in the Newark area in 2006 4.4 times more frequently than those received from whites, Lee said.
Lee cited lending data that banks must submit to the government under the Home Mortgage Disclosure Act.
Lee, a frequent opponent of big bank mergers, also argued in his challenge that TD's strength in the Camden area, post-merger, would be "anti-competitive." TD would have more than 40 percent of the deposits there, Lee said.

TD spokesman Neil Parmenter declined to comment Monday because bank officials had not yet read the 10-page challenge to the merger.
"When we get comments from groups, we do review them," Parmenter said. "Obviously, we comply with all the rules and regulations in all the jurisdictions in which we operate. We have a long track record of giving back to communities on both sides of the border."
Community activists are concerned about the merger because it is one of the largest bank deals of the last year, and it would give TD an additional $48 billion in assets in the U.S. along with about 450 more branches.

Consumer watchdog New Jersey Citizen Action has not yet decided if it will file a challenge to the merger, said Phyllis Salowe Kaye, the group's executive director. "We are concerned about the low lending to blacks in New Jersey," she said.
Citizen Action's support for the merger will depend on how community investment negotiations with the bank turn out, she said.
"We are fully prepared to file a challenge," she said. "We want to make sure the new bank is bigger and better than the two old banks separately."
Posted by Unknown at 4:27 AM