CASH IN ON YOUR DIAMONDS 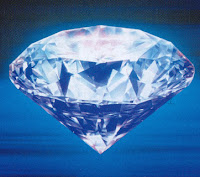 If you bought diamond jewelry between 1994 and 2006 you can be part of a $295 M class action lawsuit
De Beers is the largest supplier of rough diamonds in the world. Beginning in 2001, Plaintiffs in several states filed lawsuits against De Beers in state and federal courts alleging that De Beers unlawfully monopolized the supply of diamonds, conspired to fix, raise, and control diamond prices, and issued false and misleading advertising. De Beers denies it violated the law or did anything wrong.
The Settlement Agreement provides that $22.5 Million be distributed to the Direct Purchaser Class, and that $272.5 Million will be distributed to the Indirect Purchaser Class. De Beers also agrees to refrain from engaging in certain conduct that violates federal and state antitrust laws and submit to the jurisdiction of the Court to enforce the Settlement.Site to file for the suit online
Posted by Unknown at 11:00 AM