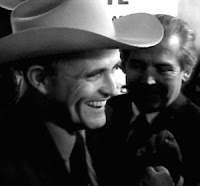 Jerusalem Post Raising Funds for Rudy Giuliani?The Jerusalem Post (via e-mail) 6-12-07 Rudy Giuliani/Jerusalem Post
Posted on 06/12/2007 7:36:45 AM PDT by TitansAFC
Dear Friend,
As a longtime friend and staunch supporter of Israel during my entire public life, I want to share with you my deep concern for the Jewish state and ask for your support as I campaign to become the next President of the United States.
We are at a crucial moment in history. We are once again at a point where the free world's resolve in fighting evil is being tested.
In the 1990's, we had the blinders on with regard to Islamic terrorism. Coddling terrorists-even applauding for winning the Nobel Peace prize as was done with Yasser Arafat-is a policy we cannot return to.
Yet, these blinders are still worn by some people who wish to lead our country.
In neither of their debates did the Democrats mention Islamic fundamentalist terrorists and the threat they pose to our country. One candidate has even said that the global war on terror is nothing but a bumper sticker slogan. It makes the point that I've been making over and over again - that the Democrats, or at least some of them, are in denial.
I promise you that if elected President, I will make sure this country remains on offense against terrorism. But I need your help and support to get there. Will you consider giving $1,000, $500, $250, $100 or $50 to my campaign?
Israel and the United States share common values. We cherish freedom, democracy, and human life. Our shared values have attracted common enemies. The terrorists Israel is fighting are the same terrorists America is fighting, and we must continue to fight them together.
Last week Iran's President, Mahmoud Ahmadinejad, announced that the world would soon witness the destruction of Israel. This 2008 presidential campaign will determine how we deal with statements like these and the madmen who make them.
I stand by Israel and I'll never embrace a terrorist like Arafat, a tyrant like Ahmadinejad, or a party like Hamas.
Will you join me and support my campaign for President so we can continue to work together? Your contribution of $1,000, $500, $250, $100 or $50 will go a long way in helping us to ensure victory.
Please consider signing up for my email list as well. Doing so will keep you up to date on the latest news from my campaign.
A Giuliani administration won't accept business as usual. We will stay strong amidst the threats of tyrants and we will stay on offense against the terrorists.
Sincerely, Rudy Giuliani

The dogs of war have bitten Rudolph Giuliani. His strident rhetoric does nothing to encourage dialogue. The stronger the boasts, the greater the reserve of the opposition. Israelis grow weary of sending their children to fight. Muslims grow weary of desperation. The conclusion of this refusal to negotiate is in the following graphic video. WARNING! Not for the squeamish.

another idiot ranting about evil what does that make him and his friends, the good? The US supports israel because we created it and we did so in line with this contries christian beliefs. There are two groups fighting over god's chosen land they say they were each promised and this country happens to agree with one of them. And we say we are fighting fundamentalist nuts- sure whatever

WHY WAS SILVERSTIEN ALLOWED TO USE FDNY TO DEMO WTC 7 AT 5PM ON 911 THAT INCLUDED YOUR 14 MIL. BUNKER.

WHY DID YOU DESTROY & SELL TO CHINA ALL STEEL EVID. BEFORE IT COULD BE INSP.

WHY IN A NEW LAW SUIT DID THE WIDOW HORNUNG SAY " YOU AND { JBERG} TREATED OUR HONORED DEAD LIKE ROAD FILL AND GARBAGE."

HOW COULD YOU MARRY YOUR OWN COUSIN.

the phoney hero
does not want you to know.