When did testicles become courageous? 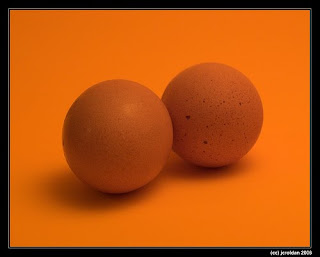 Recently, the word COJONES has been gracing the pages of the MSM (both printing, audio and visual). Ernest Hemingway, in his 1932 book on bullfighting Death in the Afternoon, adds this word to the lexicon.

Norman Mailer, in his book The Naked and the Dead was persuaded by his publishers to use the the euphemism "fug" in lieu of "fuck." In one incident, the late actress Tallulah Bankhead, when her father was the Congressional Speaker upon meeting Mailer in Washington, was quoted as saying to Norman Mailer, 'Oh, hello, you're Norman Mailer,' 'You're the young man that doesn't know how to spell fuck.' Today, whenever words like fuck, ball, shit, are uttered by celebrities, politicians and even average people, the print media writes, F..., b..., S.... On television and radio, they bleep the mention of these words. They are words that are vulgar and not suited for family conversation, where young children are present.

Meanwhile, this brings me to the state of New York politics. The republican/tea party candidate for governor derided the manhood of Andrew Cuomo, Democratic Candidate for governor by saying that he has NO COJONES. The so called Main Stream Media, like Carl Paladino not only offended Mr. Cuomo but the Spanish speaking citizens of New York State. They didn't bleep the word Cojones like they bleeped the word Fuck.

On the television news they display Paladino's flyer with the word Cojones in large letters on tap of the flyer. Youngsters and their parents watch the news show and are subjected to a word that is not part of a family conversation.

Both the MSM and Carl Paladino owe an apology not only to Mr. Cuomo but also to the Spanish speaking Citizens of NewYork.