RUDY WILL FORMALLY ANNOUNCE HIS RUN FOR PRESIDENT SATURDAY IN CALIFORNIA 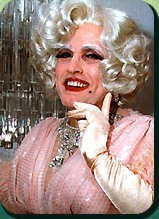 
Finally, to the “surprise” of New York’s political pundits, Rudy Giuliani has files a statement of candidacy with the Federal Election Commission. Sources close to the former mayor, hinted that Giuliani would announce his quest for the oval office next Saturday, February 10th, in California where he is slated to be the main speaker at State Republican Party soirée.

Those who have covered then Mayor Giuliani, know that Rudy, as a high school student in Brooklyn, had his sights set to be the first Italian –American President of the United States. However, during his tenure as mayor of the Big Apple, his presidential potential was sorely lacking.

Americans, outside of New York City know only one Giuliani, the Giuliani of 9/11. On September 10, 2001. Mayor Giuliani’s popularity in the city was lower than high tide in the Dead Sea . During his 8 years at the helm of the city, he refused to acknowledge the existence of elected Afro-American legislators and community leaders.

During his mayoralty, he and his Police Commissioner, Howard Safir, kept their eyes and ears closed to the heinous torture of Abner Louima by the New York police, as well as the unjustifiable killing of Amadou Diallo. When, the police killed a Black security guard named Patrick Dorismond,, Mayor Giuliani defended the police. He justified the killing of Mr. Dorismond in a news conference at City Hall, stating that Mr. Dorismond, as a juvenile, had a brush with the law. In a twist of irony, it would later be revealed by Village Voice investigative reporter, Wayne Barret, that the mayor's father was a guest of the State of New York’s prison system (Attica) for armed robbery. He was also a known enforcer for the mob.
American citizens must look at the Giuliani administration and the people he anointed as part of that administration. One needs to look at his police commissioner, Bernard Kerik, who is under investigation for dealing with individuals connected with the underworld. Kerik, with the blessing of Giuliani, was President Bush’s candidate to be the Homeland Security Secretary. The president withdrew his nomination after Kerik’s malfeasance began to unravel. Beside Kerik, many other Giuliani’s appointees are serving as guests of the criminal system, or are under investigation. There is the case of the son of Ray Harding. Harding, former head of the Liberal Party and a Giuliani mentor, called in his favors. Giuliani placed his son, Russell in a position as a housing czar. Having little experience in that position, he proceeded to reward himself through expense vouchers and pleasure himself through downloaded porn. All at the expense of New York City taxpayers. Thousands of dollars went into that payback. Harding was found guilty and conveniently tucked away in a psychiatric facility while Patrick Dorismond lay tucked away in his grave.

The good citizens of this nation must closely look at the Rudolph Giuliani before 9/11. A venue to see the Giuliani that New Yorkers already know is to read journalist Wayne Barrett and Dan Collins book “Grand Illusion” and watch Kevin Keating’s DVD, now on the market “Giuliani Times.” Perhaps then, they will get a glimpse of Rudy’s clay feet.
.
Posted by Unknown at 10:27 AM