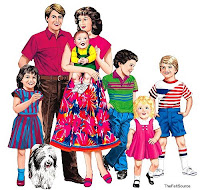 US Demographic Landscape Shifts
By CHARISSE JONES and PAUL OVERBERG, USA Today(Aug. 7) 2008
White populations have declined in more than half of the USA's counties since 2000, helping fuel a rise in the number of communities where minorities are now the majority, an analysis of 2007 Census estimates released today shows.
The data reflect how immigration, a population boom among Hispanics and the slowing growth of an aging population of whites are reshaping the nation's demographic landscape.
Among large counties, San Francisco lost the highest percentage of whites — which the analysis defined as people who are not Hispanic, black, Asian, American Indian or Native Hawaiian — with that group dropping 17% from 2000 to 2007. Cook County, Ill., home of Chicago, had the biggest numerical decline, losing 215,535 whites during the same period.
Minorities made up more than half the population in 302 of the nation's 3,141 counties last year. Most such areas in the early 1990s were centered in established metropolitan areas and border cities in the Southwest.
Now, counties where minorities are a majority are popping up "all over the place," not just in areas where immigrants traditionally first settled, says William Frey, a Brookings Institution demographer. A continuing migration of African Americans to the South also is furthering this trend, he adds.
Though whites are 66% of the population nationwide, "it's kind of a zero sum game. Hispanic and Asians are growing nationally and they can spread out," Frey says.
Because the white population is growing very slowly, whites leaving many communities are not replaced by other whites. At the same time, the white population continues to grow rapidly in many Sun Belt counties.
Counties in which minorities have become the majority during the last decade include Osceola County, Fla., which saw its white population drop from 60.2% in 2000 to 46.1% in 2007, and Riverside County, Calif., where the share of white residents dropped from 51.6% to 43.1%.
At least 10 counties are on the brink of seeing such change by 2010, Frey says. They include Clark County, Nev., the heart of the Las Vegas metropolitan area, which was 52.3% white in 2007, and Denver County, Colo., which was 50.7% white.
"It's this intersection of continuing immigration, a spreading out of that immigrant population into new areas and the relatively young age structure of the Hispanic population, and to some degree the Asian population" that is contributing to these ethnic shifts, says Jeffrey Passel, senior demographer at the Pew Hispanic Center.
The number of counties that are predominantly minorities likely will increase as white baby boomers retire from densely populated communities, says Mark Mather, a demographer for the Washington, D.C.-based Population Reference Bureau.

"For a long time now, we've seen the white population moving out of those crowded areas," he says. "With baby boomers now hitting retirement, I think that's going to accelerate and obviously the people who are replacing those exiting boomers are mostly minorities."
Other highlights in the population estimates for July 1, 2007:
• In more than a quarter of the 1,800 counties that grew from 2000 to 2007, Hispanics provided at least half of the gains. San Diego County gained 161,000 residents, including 150,000 Hispanics. Hartford County, Conn., gained 19,600, including 18,600 Hispanics.
• Blacks are returning to New Orleans after Hurricane Katrina. The number of non-Hispanic black residents in Orleans Parish grew by 16.4% to 144,050 between 2006 and 2007.
• The Southwest is home to counties that have the nation's oldest and youngest populations. In La Paz County, Ariz., 32% of residents are 65 or older. In Webb County, Texas, 12.8% of the residents are under the age of 5.
Posted by Unknown at 6:54 PM