Opposing Israeli Policy Does Not Make One a “Self-Hating Jew”

A huge anti-war protest is being held tonight by Jews in Tel Aviv: 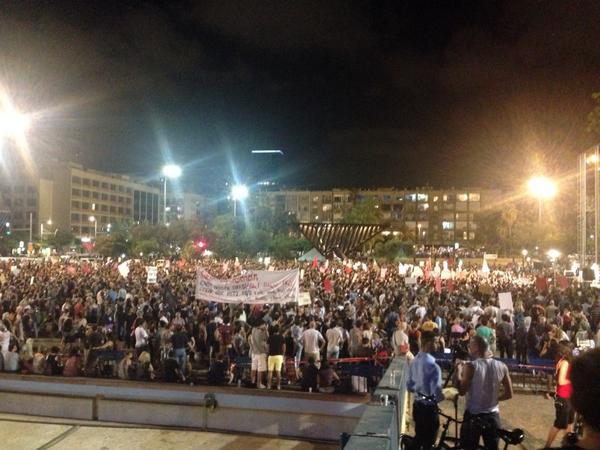 (Jews and Palestinians have been holding anti-war protests throughout Israel, but the mainstream media has refused to cover them.)
Jews also protested the Gaza war in New York City yesterday:

Anti-war protests have also been held in other cities throughout the world.
Indeed, many Jews oppose Israeli treatment of the Palestinians:
Postscript: Many devoutly religious Jews oppose Zionism.  So opposing an Israeli policy does not make anti-Semitic … or a “self-hating Jew“.
And we salute Israelis protesting against the war, especially since dissent may subject them to death threats.