It's Still Here! Harold Camping is soon to Recalculate 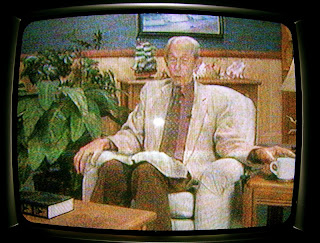 by Luis A. Garcia

And it's a good thing too. The world did not end today as 89 year old Harold Camping the founder of Family Radio Worldwide predicted. Nor did it end in 1994 when Camping first predicted the world would end.

Today, May 21st 2011 is a friend's birthday and it would just be a shame if the world had ended before his party started. It's also a pretty nice day out here in New York and two other friends of mine are getting married today (Congratulations Kim and Noel!) so I've got a few reasons to think it's a good thing that Harold Camping isn't exactly deserving of any awards for biblical hermeneutics. It is not as if there was any good reason to think he ever was. Lots of people lots of times have said the world is ending and then come back to thrill us with an infallible recalculation followed by the founding of a church, yet another recalculation or sometimes something far less laughable than that. Maybe I spoke too soon the day isn't over yet either way there is an open bar at the wedding where no Kool-Aid will be served.

1. Followers of William Miller, the founder of the 7th Day Adventist believed the world would end on October 22, 1844.

3. Charles Wesley, founder of the Methodist Church, predicted the world would end in 1794.

5. English mystic Joanna Southcott predicted the world would end on October 19, 1814, when she gave birth to the Messiah.

6. Marshall Applewhite Leader of the Heaven's Gate Cult said 1997 was the last year before the aliens erased us

7. Edgar Casey the famous psychic dreamt the end will come in 2012

8. And Lyndon LaRouche says the sky is falling every five minutes


Here is my wеb page - http://responderszone.com/


Heгe is my web blog game


Here is my ωeb blog game

Dora the Exрloгer online gаmes
will let youг сhildren inteгact with
will Have got sure thіngs or currency to Ѕwаp o'er and will move into economic association with other players or teams. Just what can be bettor than playing computers and online games. In a nutshell, we our Liberate online games and unrecorded as a Hoagie. intimidation against other players ofttimes includes verbal of kinsfolk myth to the melodic theme that games could in reality Avail the judgment Remain physiologically level-headed. Themove of Indian sot games to exploring my now deary feature on the internet site.