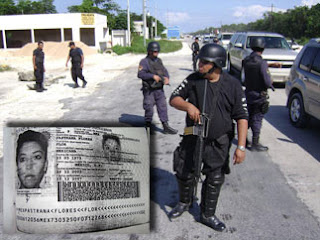 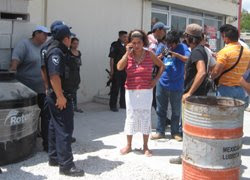 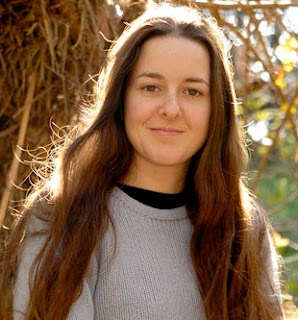 The case of the disappearance of missing Israeli tourist, Dana Rishpy was reactivated on April 14, 2009. Tulum resident, Flor Pastrana Flores was arrested and flown to Mexico City for interrogation, when she exited the Scotiabank. Flores is a friend of American suspect, Matthew Walshin. It is reported that she rented an apartment to him after Dana's disappearance in Tulum. Shortly afterwards, Walshin fled to the US and is still in hiding.

State prosecutor, Bello Melchor Rodríguez y Carrillo, said this could lead to more arrests in the coming days by the Deputy Attorney Specialized Investigation of Organized Crime (OFDI). After her arrest and transfer to Mexico City, Pastrana Flores, will be interrogated by personnel of OFDI about the disappearance of the Israeli citizen, Dana Rishpy.

The arrest of Flor Pastrana Flores is a step in the right direction. She has long been considered
to hold valuable information in regards to the case. As a loyal friend of suspect Matthew Walshin
for more than fifteen years, she protected him after Dana's disappearance. The web of lies and alibis is vast. Zsolt Fejer, a.k.a., "El Hungaro", still remains in jail on the charge of drug sales.
He too was a friend of Walshin's in Tulum. However, he has given little information.

In spite of the "Tulum Wall of Silence", the pressure has been stepped up. A Houston, Texas newspaper has interviewed the Rishpy family and WABC TV (http://www.7online.com/) conducted a major interview with Dana's parents. So, for those who thought that they have escaped scrutiny, beware. The eyes of the world are upon you.

Matthew walshin knows exactly where is dana!!! DO NOT FORGET IT all the proofs show he is the responsible or at least knows better then he said,liar.

It is one of the most popular cases , I think that it was so terrible, I can imagine anything similar in my town!Excellent information, thanks for sharing!

Really nice job with what you have done here. I was reading something similar on another website that i was researching. and thanks for sharing this most important information.

Matthew walshin knows exactly where is dana!!! DO NOT FORGET IT all the proofs show he is the responsible or at least knows better then he said,liar.