Suzannah B. Troy Will Not Be Quiet(ed) 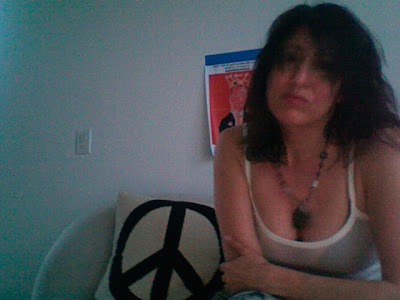 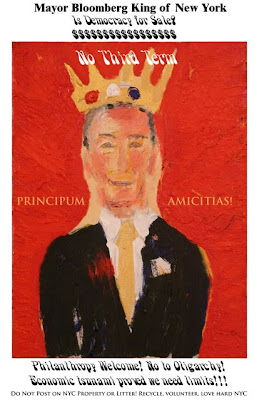 Suzannah B. Troy, a resident of the West Village who has made dozens of minute-long videos criticizing Bloomberg for extending term limits and promoting development projects throughout the city, thinks the fix is in.

“YouTube suspended my entire account which was over 300 movies,” wrote in an email this afternoon. “ My last YouTube was David Yassky breaks the law again where a support puts his posters illegally on a light pole. I reported his and other politicians breaking the law to 311 and he and others should get fined.”

Troy said that she has contacted civil liberties attorney Norman Siegel for assistance.

“As usual I believe it was a violation of my freedom of speech,” she wrote.

Azi Paybarah can be reached via email at azi.paybarah@politickerny.com.

These two blogs carry more details and have links to the David Yassky video where I accuse him and many others of breaking the law postering their campaign ads on light poles. I ask if they pay for fines out of their campaign donations.

YouTube claims I violated some community guidelines but I believe I was censored and it was an out right attack. They marked over 300 of my YouTubes that had over 80,000 views in less than a year all marked that I had violated terms. Ridiculous. Besides hard hitting YouTubes on corruption, I had videos of my art that addressed violence towards women, rape, AIDS, and safe sex concerns. I was written up in Signal to Noise Magazine for my YouTube on Giuseppie Logan. The jazz world thought he was dead. I get emails from all over the world thanking me and he still battles with many issues but he is returning to his old label to cut a new song and re-release his albums from the 1960's before he vanished.

Thank you for covering this.

Note: I was cyber stalked and harassed by trolls on YouTube. This is a shock but I should not be surprised. Look what happen to you. Norman Siegel is helping me as well. Thanks for posting.

I am restored, thanks and gratitude for your support!!!

Celebrate by watching "Mayor Bloomberg King of New York" my very first YouTube. He isn't going to break any laws, just change them.

Watch Christine Quinn being booed and people shouting "No third term" as she enters a building for a fund raiser for herself. Why is her head hung so low?
http://www.youtube.com/watch?v=BTmdtPVTdoA

Cool blog as for me. I'd like to read more concerning this theme.
By the way look at the design I've made myself London escort

These articles are fantastic; the information you show us is interesting for everybody and is really good written. It’s just great!! Do you want to know something more? Read it...: Great investment opportunity in Costa Rica

Cool story you got here.
It will be great to find something more concerning this topic.
Thank for tell that information.
With best regards!!!
kiev escort tours

If you don't like the way that he is working. It is the way to go with youtube videos. You can reach a broad audience thanks to the magic of Internet.

You forgot Andrew Jackson’s Big Block of Cheese with nary a macaroni in sight.

Please one more post about that.I wonder how you got so good. This is really a fascinating blog, lots of stuff that I can get into. One thing I just want to say is that your Blog is so perfect

Hi-Ya! siblings just loves your beautiful editorial thank you and pls carry on

I'm extremely impressed with your writing talents and also with the format to your weblog. Is that this a paid subject or did you customize it yourself? Anyway keep up the nice high quality writing, it's rare to see a nice blog like
this one today..

Hurrah, that's what I was looking for, what a stuff! existing here at this webpage, thanks admin of this web site.